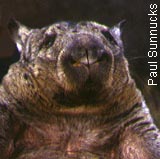 Lawyers; it’s been roughly three weeks since Governor Arnold
Schwarzenegger signed the California Electronic Discovery Act into law.  How are you coping so far?  Maybe a better question is; how are you
assisting your clients to cope?

Our clients are not going to be responsible for interpreting, understanding
and/or complying with the new law; we are.
Besides, our clients are like that ferocious neighborhood dog we ran
away from as kids; they’re much more scared than we are.

We must take the lead and there’s no way around this
fact.  Why?  Because we’re presumed competent.  We’re going to run into two kinds of judges;
those who “get” e-discovery and those who don’t.  Re the former, we don’t want to earn their
wrath; re the latter, this is our opportunity to run the show, especially if our opponents haven't brought themselves up to speed.

Let’s distill this down to some simple concepts.  First of all, Electronic Discovery is still
“Discovery”.  If you’ve ever lost a
document and had to search through file cabinets, desk drawers and bankers’
boxes looking for it like a needle in a haystack, then relax!  The only difference here is that it’s an electronic haystack.  In the former analogy, the needle has no way
of revealing itself to you – unless you happen to be carrying a heck of a big
magnet in your pocket – but electronically stored information (ESI) gives you
that ability.  If you carefully consider and
perfect your method of search, the needle will come to you – not you to it.

The other thing to remember is that this is civil procedure
law, pure and simple.  It’s the nuts and
bolts of what we do.  We know this stuff!  Ok, so maybe I describe my past experience
studying civ pro as ‘algebra masquerading as law’, but I’m getting over my
phobia…

The rules may have been formalized on June 29th,
2009, but these procedures have been around since the dawn of electronic
data.  Plus, Federal Rules have been in
place since December 2006.  We have
existing case law and resources available to guide us.  Call me a contrarian, but I look at having a
uniform guide as a good thing, not a bad thing.
Like it or not, there is now a level playing field that applies to
everyone in the State.

Now, like everything else in law, we’re tasked with
navigating the various exceptions between jurisdictions; but we can handle
that.  We already do!

The first e-discovery case I worked on was in 1997.  The plaintiff made a motion demanding
emails.  We, as the defendant, did not
want to produce them.  We presented the
argument that, due to changes in our internal technology, compelling us to reconstruct
our prior back-up tape system to comply with the motion would be cost-prohibitive
and unduly burdensome.  The court agreed
and we prevailed on the motion.

Today, under the Federal Rules, it would be described as a
Zubulake ‘accessible vs. inaccessible’ argument with cost-shifting thrown in
for good measure.

You didn’t think this stuff was new, did you?

Remember this number – 27.
It’s important for this reason – people at or under this age group are more
likely to be techno-weenies.  They’ll be
comfortable in the world of Twitter, Blackberries, texting (and worse, sexting),
SEO and HTML.  People who are over
27?  Well…it depends.  I’m 46, but was lucky (or unlucky) enough to
be immersed in technology at a young age.
It probably helped that my older cousin was a computer scientist.  This makes me as rare as the Northern Hairy-nosed Wombat; an attorney who possesses a deep understanding of
technology – and unlike the Wombat, I come with my own nose-clippers.

Do you see where I’m going with this?  You need
each other.  Those who understand
technology need to work very closely with those who understand the law.  If you’re lucky, you have both resources
available to you under one roof.  If not,
I have only one suggestion; hire your experts early – you’re going to need
them.

Keep in mind, someone will have to testify.  This may be the first time in recorded
history where having a ponytail and a pocket protector will actually lend your testifying expert credibility
rather than detract from it.  Alas, I
have neither of those…

I want you to remember another number – 42.  The only significance is that it's the answer to Life, the Universe, and Everything from one of my favorite book series, The Hitchhiker's Guide to the Galaxy.  Unfortunately, it's not the answer to e-discovery.  For that, perhaps I should have re-titled this post like the slogan associated with the series; "Don't Panic!"…