Want to re-create the experience of salmon swimming upstream?  Try convincing the higher-ups that making an initial capital outlay to implement highly-efficient technology will benefit them in the long run.

Want to re-create the experience of salmon swimming upstream in a tsunami?  Try doing it in our current economic environment, while IT budgets are being slashed; and the highly-efficient technology you want to implement is a new discipline that almost nobody understands.

I’ve been making the”proactive” argument my entire career.  Certainly, I always had logic on my side, and lined up all of the metaphors to support my position.  Who would possibly argue against fixing potential leaks before the dam bursts?  “Don’t be penny wise and pound foolish!”.  “You can pay now or pay a lot more later!” (my brilliantly-usurped line from the Fram oil filter guy).

The problem is, you may win the argument, but still lose the debate.  CIO magazine illustrates this point beautifully.  There are a mass of sinister forces working against you; not the least of which is, to a lot of executives, the IT department is like that not-too-popular uncle they keep in the attic.  A necessary evil.  Their mantra is, “IT should be seen, but not heard”.  You end up running into four common issues and one exception:

First of all, views one through four are highly short-sighted.  I phrase it this way.  In IT, we produce nothing!  Our job is to make sure that everyone else can do THEIR jobs.  Management sometimes doesn’t see the bigger picture.  They don’t realize that a catastrophic failure means that the revenue-generating parts of the company will not be able to generate revenue.  In short; time is money.

Times are changing, though.  Some companies have broadened their definition of the IT department and have brought them in to support projects that actually generate revenue.

This is where IT and Legal can really cooperate to achieve a beneficial
result for both departments – and by default, the organization as a
whole.  How?  By using the one thing that is the singular goal of most attorneys:

Legal eagles face dire consequences for failure.  Their licenses are on the line.  IT knows what it feels like when they can’t deliver what’s requested of them – it’s already happened many times.  And the organization?  Somebody will end up paying the penalty.  Everybody has skin in this game.

This is a true opportunity for IT and Legal to come together to play to each other’s strengths.  Get into a room together.  Formulate a plan.  Then persuade management as a team.  This has to happen!

*** NOTE – No privileged or proprietary information is contained in this post. ***

My first foray into the realm of e-discovery occurred in early 1997 – when it was still just called “discovery”.  I was a Consultant to Sony Pictures Entertainment at the time and Manager of Groupware Services Worldwide, which – unfortunately for me – included responsibility for the company email system.  I was not yet an attorney.

(I have a feeling most of you know where this is going…).

In late, 1996, Reebok Int’l filed suit against Tristar Pictures (at the time a subdivision of SPE) for breach of contract due to the handling of a product placement in the movie, “Jerry Maguire“.  Reebok’s attorneys issued a subpoena for relevant email correspondence between Tristar representatives who were parties to the negotiations.

We faced a serious problem, which was not an unusual one given the time elapsed between negotiations to make a motion picture and the actual production and release of that picture.  The emails were several years old and the Company had done away with the archaic tape backup system used at the time.

A consultant’s job is to find a reasonable method to deliver what a client requests.  As such, I tasked one of our best number-crunchers to figure out what it would realistically take to re-create the prior backup system from scratch, then catalog all of the old tapes to
even give us a starting point as to what would be required for review and production.  Keep in mind that this was a much more difficult feat to accomplish in 1997 than it is today.  The results were striking.  The estimated cost to comply with the subpoena was approximately $250,000!

Obviously, management wasn’t too keen on the idea of spending that sum of money, and thus began a motion by Tristar’s representatives to quash the subpoena due to the high cost, or failing that, shift the burden – or at least a large portion of it – onto the Plaintiff.  Being on the tech side of things – and with a stack of responsibilities on my desk – I moved on to the next “crisis” and have no knowledge as to what specifically transpired after that.  Eventually, the word came down from on high; “you don’t have to worry about producing the data”.  Whew!

I wanted to relay this story because it mirrors exactly how an e-discovery request might fall upon an IT department today.  It also raises several of the most important issues:

Are we able to comply with the request?  How much time/resources will this take away from our other pressing issues?  How much will this cost?  Who will bear the cost?

Luckily, I had at my disposal the qualified brainpower to comply – and had we been asked to proceed, we could have done so.  But it would also have meant taking one of my best minds away from what he was doing, leaving me short-handed with the prospect of making do without him or hiring a temporary replacement and bringing him/her “up to speed”.

The question is, what would happen if you received the request?

An interesting survey appeared in the September 2008 issue of the American Bar Association Journal.  The subheading states, “Lawyers Slow to Adopt Cutting-Edge Technology“.

I took solace in the statistic that only 2% of lawyers maintain a law blog (assuming readers consider this a blawg then I’m certainly ahead of the pack) and only 8% of law firms follow suit, but as a general trend, the data is somewhat troubling.  It’s a symptom of a larger illness.

It’s bad enough when the subject is one in which an attorney feels comfortable discussing.  But add complex technology to the mix and that’s a recipe for disaster.  In the “wild west” days of e-discovery – before it even had a name – one could get away with mistakes.  Now that the rules have been formalized, the path is littered with attorneys – and their clients – who have suffered greatly for their mistakes.

Core competency in this area is no longer hoped for; it is expected

and presumed, both by clients and the courts.  It’s not enough for attorneys to rely on IT personnel; they must also be able to understand what their IT professionals are telling them so they can communicate this information effectively to their clients, the courts and even their adversaries. Otherwise, it’s the attorneys and their clients who will bear the consequences of mistakes.

Further hampering this process is the fact that very few IT personnel speak “English”.  Many a layman has become glassy-eyed while listening to a “techie” explain a process in “techno-speak” while not understanding a word of what was said.

Like it or not, the onus is on the legal professional to be competent and understand this process.  If something goes wrong, blaming the incident on a lack of technical knowledge and expertise is not going to fly.

Depending upon the source you consult, you’ll either take the Governor at his word that his veto is due to the lack of a budget agreement, or perhaps you’ll suspect that other political considerations are involved.  Politics are politics.  Although I’ve been preparing for implementation of the new e-discovery California rules, I’ve also been around politics long enough to know that these things rarely happen on schedule.

Make no mistake, formal rules are coming to California.  In several states, they’ve already arrived.  This is a ‘golden’ opportunity for Corporations and Law Firms in California – or serving California – to get ahead of the game.

The State Bar of California concurs.  “Several major cases in recent years highlight the perils of electronic discovery
gone wrong and illustrate the risks of failing to have in place document preservation
procedures and litigation hold policies.”

I couldn’t have said it better myself.

Almost everyone is familiar with the term “Blog”, which is a combination of the words “weB” and “LOG”.  Not so familiar is the term “Blawg” which is a humorous play on words and refers to blogs about legal matters, normally written by lawyers, law students or law professors.

So which type am I writing?  Good question.  Well, obviously I was a law student (but I have no desire to relive that experience or the stress that accompanies taking the California bar exam).  Now, I’m a lawyer (mom is very proud – oh, and mom, I wouldn’t make any bets on my ever becoming a professor…).  But prior to that, my area of expertise had been exclusively technology – with an emphasis on the legal aspects of compliance, policies and procedures.

On the one hand, it’s a pure extension of civil procedure law; for those who haven’t had the pleasure, civil procedure is like a combination of law and algebra – and I was hardly a fan of algebra.  At least it isn’t property law.  Don’t even get me started on property law – if anyone mentions the “rule against perpetuities” I tend to break out in hives…

On the other hand, one absolutely cannot address an e-discovery issue without some very competent people in the IT department getting involved.  Now, these are two groups that don’t tend to mix together well since they speak different languages.

This site will be a great resource for both the legal and technology professional who is tasked with unraveling this very complex discipline.  Luckily, I speak both languages.

Allow me to introduce myself.  My name is Perry L. Segal, Esq. and I’m an attorney licensed in the state of California.  I’ve also been a Management & Technology Consultant for over twenty years.

I specialize in electronic discovery.  A recent poll suggests that 25% of attorneys in the United States expect e-discovery to be the most prevalent issue over the next decade.  It is also expected to grow to a $4 billion industry next year alone. 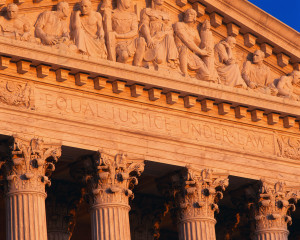 E-discovery poses massive challenges for corporations large and small.  My goal is to make e-Discovery Insights a central repository for information and resources – a bold statement, yes.  But I believe my unique combination of experience in the areas of technology and law will allow me to collect and post information relevant to your concerns.

I hope one day soon, when people have an e-discovery issue, they’ll simply know to go to e-Discovery Insights to get the answers.  This is my pledge to you.