No, I’m not being sexist.  Anyone who remembers this classic from the 1980s knows that it spawned several humorous sayings that appeared on bumper stickers, T-shirts, etc.  But this one has a ring of truth to it – and it doesn’t apply only to men.  I would modify it somewhat for today’s modern technology.  Unfortunately, no one is going to pay good money for a bumper sticker that says, “Real Men and Women don’t ask for Clarification.”

Peer pressure and group-think can be dangerous at the best of times, but it can be absolutely lethal when e-discovery is involved.  We’ve all been there.  Big meeting.  Lots of players.  Someone is describing a complex process and a lot of people in the room don’t understand, but nobody speaks up.  Understandable.  Who wants to appear ignorant?  Also, some people are gun-shy.  They don’t feel comfortable in these situations. Unfortunately, the result is that many leave the meeting and don’t really understand what was said.

In our likely scenario, we’re going to have highly skilled technology 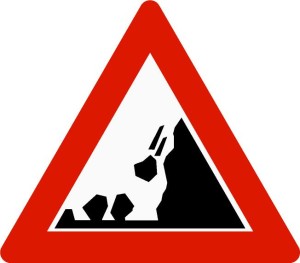 professionals, each with skills their counterparts may or may not understand.  We’ll have attorneys, but they’ll also be proficient at various areas of the law.  We’ll have management, who don’t want to have to deal with the issue on a granular level – if they can help it – because that’s what they’re paying you to do for them.  Oh, and everyone’s looking at the clock, hoping to get out by lunch-time.

In a perfect world, everyone will simply cross-pollinate.  We’re not in a perfect world.  How are we going to bring everyone up to speed, avoid the potholes and arrive successfully at our destination?

I won’t be considered a genius by pointing out that communication is key.  Think about this for a moment.  This is a complicated dynamic.  My complaint with a lot of the literature I see is that they give advice as if human beings are robots; suggesting that we all act predictably and in lockstep with each other.  Human beings don’t function that way.  Like it or not, you’ll be dealing with egos, hubris, politics, territoriality, agendas, ambition, laziness, strengths and/or weaknesses – and that doesn’t even take into account the differing skill-sets!

That’s reality.  So, let’s not waste our time pretending it doesn’t happen.  Let’s focus on getting it done in spite of all of those things.

My dad was a smart guy.  He grew up on a farm in Saskatchewan and eventually ended up in the retail business.  He was a plain talker.  In my early days, he would commiserate with me when we discussed these very issues and the frustration involved.  His advice to me was so simple, I’m almost embarrassed to post it; find a way to explain yourself using a comparison that everyone in the room can relate to in some way.

Dad always used a car as his example.

You know what?  It works.  And you know when it works.  It’s amazing what happens when the light bulb comes on, that ‘deer-in-headlights’ look disappears and you know you’re actually getting your point across.

Here’s an example.  Many years ago, before it became a dynamic process – email systems had to be taken down for lengthy periods of time for maintenance.  We tried to perform these actions when it would least affect the company (read: I never got much sleep).  But companies are international – any hour of the day, they’re ‘open for business’ somewhere in the world.  Someone was always going to be inconvenienced.  As such, it was inevitable that we were going to receive calls regardless of how many advance notices we issued, and as the Manager, it was my job to field them.

Trying to explain to an irate executive traveling in Poland (who, I might add, has the authority to fire me) why he can’t access his email will not be accomplished by saying, “We have to take the database off-line in order to perform maintenance to compact it.”  Remember, these are people who don’t understand technology.  The inevitable reply was, “I don’t care.  Run the maintenance on the thing without taking it down.”

Enter the car. “Sir, I completely understand your frustration, but unfortunately, this is the way the software is designed.  When you have to change the oil in your car, you can’t do it with the engine running, right?  Well, our system operates exactly the same way.  There simply isn’t a way to do it without taking the database off-line.”

You’d be surprised how well it works.  It doesn’t mean they still won’t be angry – it’s unavoidable – but at least they understand.  Knowing our audience is important.   There’s a time and place for complex language, but not here.  Our listener gets the impression that we’re being condescending or they should just leave it to us because we know what needs to be done.

I gave an example involving technology, but it doesn’t really matter what discipline is involved.  The bottom line is, somebody isn’t going to understand us, and they deserve our consideration.

A favorite memory I have is when we had a major system crash.  If there was ever a time when the term ‘grace under pressure’ applies, it’s then.  Before long, the phone started ringing.  There was realistically only one way we were going to fix the problem, but a manager was under a lot of pressure and wanted to implement a radical, untested fix – one that would ultimately make the problem worse.  Try as I might, using every technical term I could think of, I explained how this would turn a contained, fixable issue into one that would spiral out of control – but due to panic, he wasn’t hearing me.  Finally, I simply said, “Look, what you’re proposing to do is equivalent to trying to kill a flea with an elephant gun.”  He dropped the idea on the spot.

Something to think about before you walk into the next meeting with the attitude, “It doesn’t matter what I say – they won’t understand me, anyway…”

If everyone makes an effort to communicate better, we’ll avoid the pitfalls and end up here, instead… 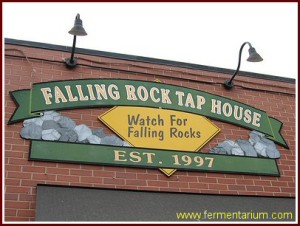