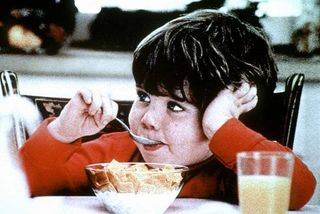 I've just returned from day one of Legaltech West Coast.  I'd hoped to attend both days this year because my Calbar LPMT colleague, Andy Serwin, presented the keynote this morning,  Alas, it wasn't meant to be…

Leading up to the conference, the meme was that this is the new, improved LTWC with the addition of, "The California Lawyers' Track".  Makes sense.  Depending on which statistic you consult, approximately 20-25% of the lawyers in the United States reside in California.  So, how did all this measure up to their most hard-to-impress critic, Mikey?

First of all, it not only makes sense, it's smart.  I'm the first one to admit that virtually all of the programs I present contain at least 50% Ethics content – not only because it's great as far as addressing educational issues that attorneys need to know -  but also because Calbar has a mandatory requirement that California attorneys attain four hours of specialty credit in Ethics every three years.  The specialty credits are notoriously hard to come by and it always results in higher attendance at my events.  I'm sure the gurus at LegalTech understand this factoid.  They also worked in our other specialty credit requirements: Bias & Substance Abuse.  However, three out of the four were presented on the final day
(incentive to entice California attendees to stick around for day two, LegalTech?  Well played…)

If you attended all specialty sessions over two days, you'd satisfy one-hour Bias, one-hour Substance Abuse and two-hours Ethics.  That's four out of a total of six hours required!

Ok, great; the potential is there.  But none of that matters if the programs aren't substantive.  Were they?  If you've been reading me for a while, you know I don't dole out compliments much, but I have to say that I found the content of the three sessions I attended to be excellent; and the final session of the day may have been the best I've ever attended at any conference.

Unfortunately, I was unable to get there early enough to see the keynote speaker, D. Casey Flaherty (and I regretted missing him even more after attending his program in the final session of the day – see below), so I started with "A Panel of Experts: A Candid Conversation".  Judges Jay Ghandi and Suzanne Segal (no relation) discussed the challenges brought by eDiscovery.  If you follow my Twitter feed, you saw the money quote from that session.

Mid-day, I went another direction.  Owen Byrd from Lex Machina was presenting on his article, "Moneyball for Lawyers: How Data and Analytics are Transforming the Practice of Law".  This was also the title of an article Owen wrote for our LPMT Committee publication, "the Bottom Line", which will be published in a week or two.  He showed us how they're using data in whole new ways to give attorneys every advantage in a case.

To end the day, it was back to the judges (or so I thought) with, "Judges' Panel: The Current State of the ED Market".  At first, I was disappointed because the "judges'" panel had only one judge, presenting via Skype.  That ended up working out just fine.  The live panel included one big firm eDiscovery attorney and the aforementioned Casey Flaherty, Corporate Counsel for Kia Motors America.  Here's the deal.  Mr. Flaherty walked us through the painstaking process he followed to procure the best eDiscovery vendors for Kia that he could find.  What did I think?  Read my assessment at the LexisNexis "Matters of Practice" Blog.