The ABA Journal Tech Report has a comprehensive examination of cyberwarfare from their May 2012 issue.  It examines the perceived attorneys' role, Constitutional limitations and international law issues.  There are contributions from a host of experts, including some very polarizing figures, like John Yoo.

Hey, you know there can be no valuable debate unless you hear out assenting and dissenting views, right?

Be warned; this is not a light read, by any means…

The ABA has cited a deadline of November 30th, 2011 for comments on several proposals to make it easier for attorneys to practice across multi-jurisdictional lines.  The proposals may be viewed on the ABA's "Ethics 20/20" Commission web page, however, comments may only be submitted via email.

These proposals should be of particular interest to eDiscovery professionals, especially now that cross-border issues are more prevalent than ever with the explosion of cloud computing and other technological advances.

As a Consultant and Attorney, I'm constantly bending over backward to make sure potential clients understand that I'm licensed in California, while at the same time I'm free to consult anywhere.  The tension arises when an out-of-state project or case begins with a consulting agreement, then is in danger of meandering into law practice.  Clients can't always tell the difference; but I can, and it means having a further conversation to clarify my role.

Heck, the disclaimer on this blawg exists for the same reason!

Any modification to the Rules that would ease this burden would be highly beneficial to eDiscovery professionals.  Of course, in my case, I must still defer to the California Rules, but you gotta start somewhere…

In the United States, privacy is sometimes described in legal circles as, "The Right to be Let Alone".  Of course, if you're a public figure, among other criteria, that right is seriously curtailed.  In Europe, they're charting their own course where privacy is concerned.  They refer to it as, "The Right to be Forgotten".  The major difference is, they're much more strict about enforcing the concept.

In the "Be careful what you wish for!" category, first we had the Arab Spring, which was considered to be a positive development for the Middle East – in the West, anyway.  Now we have the UK riots – and the reaction is entirely the opposite.

That's the problem with revolutions; perspective is skewed based on which side of them you're on.

What's more interesting to me is the difference between the vehicles of change.  With the Arab Spring, it was Facebook, Twitter and YouTube.  With the UK riots, it's Blackberry Messenger (as if Blackberry doesn't have enough public-relations issues right now, including losing yours truly as a customer).

What's driving this decision?  Economics, for one (Blackberries are cheaper in that region) and secrecy (BBM is private).  I don't want to belabor the point – people died in both riots – but we should endeavor to understand these issues.

If this were happening in the United States, we'd be arguing whether this was a Constitutional violation of the Brandenburg standard.  And while we argued, the FBI would be accumulating electronic evidence.

You may consider yourself to be on the 'right' side of the revolution, but make no mistake; either way, someone is tracking you.  This will make a big difference if, in the end, you find yourself on the 'wrong' side.

First things first.  My beloved Cubs rewarded my visit with a 13-3 loss to the Marlins, marking this as the most lopsided score over the 15+ years I’ve been making this journey.  Now, firmly ensconced in San Francisco – and with my state bar duties dispensed with for the week – we can return to more pressing matters…

How many of the execs swallowed up in the News of the World Scandal thought they’d ever be arrested in their lifetimes?  None.  In fact, a high percentage of the general public would agree with them.  But people-who-you-normally-wouldn’t-expect-to-be-arrested are arrested.  And some of them eventually go to jail.

While you watch the slow and painful erosion of the Murdoch empire – and the collateral damage causally connected to it – I hope you consider one ingredient to add to your ﻿schadenfreude﻿; you’re watching a large-scale version of how your criminal or civil matter will unfold if you don’t deal with it when it’s manageable.

Of course, yours won’t likely be this big or this public – or this expensive – but this is how it’ll start; a molehill that, over time, grows into a mountain.  Or, in this case, a mountain range.  eDiscovery rules & regulations, ﻿﻿﻿litigation readiness programs and early case assessment are all designed to staunch the bleeding and, if instituted early enough, prevent the wound altogether.

You have to be willing to take the pain.  Like they always say, the first cut is the deepest.

For those who aren't familiar with the term, "burying the lede" refers to an article that fails to express the most important issue in the 1st sentence or paragraph.

Obviously, by now you've heard about the News of the World phone-hacking scandal.  If you're an eDiscovery professional, then you'll find the lede buried all the way in paragraph nineteen:

"On Saturday, the Guardian newspaper, which has led the reporting on the scandal, said Scotland Yard was investigating evidence that a News International executive may have deleted millions of internal e-mails to obstruct the phone-hacking probe. The company denies the allegation." [italics/bold added]

If the allegation turns out to be true, I only have one question.  When will they ever learn?

Anyone who still doubts the power of social media should take note of this story.  Iceland is re-writing its Constitution, which would be a big enough deal on its own, however, they're inviting public comment on Facebook, Twitter and YouTube.  Think about the implications of this for a moment.  A process normally reserved for the elites of society, accessible to the general public.

Now, if I can just find a way around the 140-character requirement… 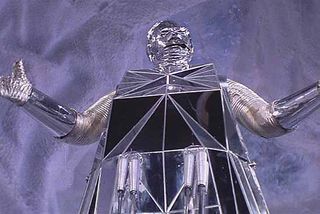 In a New York Times story, awakening fond memories of the Cold War, Russia's largest retail bank is experimenting with an ATM that incorporates a lie detector.  This would be a target-rich environment for jokes if the implications weren't so serious.  Nevertheless, I expect we'll see cartoons about this in our weekend newspapers.

Meanwhile, from the, "we just don't get it", department:

“We are not violating a client’s privacy,” he said. “We are not climbing into the client’s brain. We aren’t invading their personal lives. We are just trying to find out if they are telling the truth. I don’t see any reason to be alarmed.” 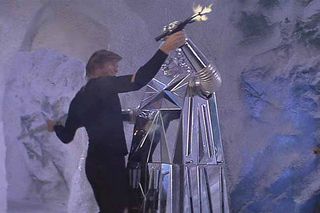 The World Economic Forum published their annual study this past week.  Two years in a row, the U.S. ranks 5th in its use of technology and communications.  Canada was in 8th place.  Not bad, right?

So we're using technology, but for what, exactly?