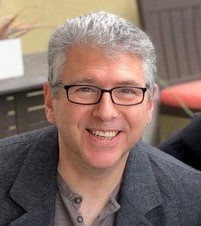 Perry L. Segal is one of the most prominent voices in California on the intersection of law and technology. He is an Attorney and Consultant specializing in Civil Litigation, Class-Actions, Criminal Defense, Electronic Data Discovery and Electronically Stored Information, Enterprise Management, Privacy and Security, Disaster Recovery, and Compliance.

Perry has more than 25 years of combined experience in law and technology. He has worked with many large firms, including Hughes Space and Communications, Turner Broadcasting System, Universal Music Group, Sony Pictures Entertainment, 20th Century Fox and CareerBuilder.com.

He was re-elected to a second, three-year term of the State Bar of California’s Council of California State Bar Sections (CSBS) and is currently serving as Co-Chair.  He is also a Special Advisor and Past Chair of the Law Practice Management and Technology Section Executive Committee (@CalBarLPMT).

He consulted with the Los Angeles County District Attorney’s Office “Protecting Our Kids” program, which helps parents and other concerned adults safeguard the Internet activities of young people, protects kids from online predators and prevents them from engaging in Internet crime.

He has written on e-discovery and technology issues for California Lawyer magazine and The Daily Journal, among others.

His blawg, e-Discovery Insights, was selected by the American Bar Association Journal as one of the Top 100 Legal Blawgs of 2010, written by lawyers for lawyers. It also received a 2010 Top Practice Management Blog award from Paralegal.net and a Top Electronic Discovery Blog award from The Daily Reviewer.

In July 2011, e-Discovery Insights was selected by the Library of Congress for inclusion in their historical archives.

In October 2011, Perry was appointed to the State Bar of California Social Media Task Force. He also managed the project to create the first-of-its-kind Android and iOS app templates for the State Bar Sections.

He is one of the principal authors of the treatise, “The California Guide to Growing and Managing a Law Office”, published in 2013 by the State Bar.