Heck, if I hate cars (which I don't), I'd still have to drive to work every day…

So, I came across this debate about whether lawyers should use Twitter, and I think it serves its purpose; not to discourage you, but to make sure that if you do, you think about what you're getting into with eyes wide open.  For example, almost none of my tweets stand alone.  The bulk of them are simply links back to this blog.  That's how I decided to use it.

Fear of technology is not a viable excuse to avoid it; especially since a lot of your competition won't.  Look in your rear-view mirror (we were already on the automobile metaphor) at all of those bright-eyed, bushy-tailed associates who are coming up.  They're using all the gadgets.  The question is, are they using them intelligently?

A blessing and a curse…

It’s not as if I haven’t stated this several times before, but I might as well do so again.  When you delete something in the technology world, it rarely means the item is erased – at least not in the manner one imagines when one deletes something.

Computers simply mark the area where the item resides and make it available to be overwritten.  However, an overwrite may take place immediately, weeks, months or even years later – or never.  The link to the item may stay alive and if not, many times someone like me can still find and access it.

That was fast.  I may not have mentioned it, but our CLE presentation was selected by the Bar to be videotaped.  Believe it or not, it's already available as a self-study audio program.  It's the first entry under Law Practice Management on page three of the catalog:

I understand that at some point, the video program will be made available by the State Bar.  And in case you were wondering, no, we don't get the money; they do.  We basically sign away all of our rights when we do Bar-sanctioned events.  But, if you want to see it, it's worth 1.5 hours of general MCLE credit.

Speaking of video presentations, stay tuned.  You'll be seeing new video posts from me, coming soon.  I even created a catchy title!

Greetings from Monterey.  I completed my presentation at noon.  We had approximately 65 attendees and amazingly, almost nobody walked out! 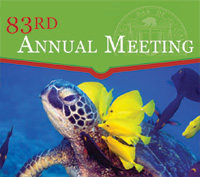 Trial is over…verdict came in yesterday.  I got my life back – for about 3 minutes…

Next on the docket?  If you're attending the California State Bar Annual Meeting in Monterey at the end of the week, yours truly is on a panel presenting CLE (continuing legal education) program #54, entitled "e-Discovery Translating — Lawyers from Mars; Techies
from Venus: Beginning e-Discovery" from 10:30 a.m. – 12 noon Friday, September 24th.

You may recognize the title.  It comes from an article I featured this past May, written by my good friend and colleague on the LPMT Executive Committee, Robert Brownstone, for California Lawyer magazine, who will moderate the panel.  Another colleague from the Committee, Cynthia Mascio, is joining us as well.  It's going to be a lot of fun – and educational for you, we hope.

Television has conditioned the average person to think like this:

If only it were that simple.  If you have any interest in seeing an example of how things really might work, watch this 41-minute video from ABC's Primetime Crime (or read the article if you prefer).  I found it to be an excellent – and accurate – portrayal of interrogation tactics.

Hey – I'm not asking you for a lot of heavy lifting at the start of the Labor Day weekend!  Besides, forewarned is forearmed.  Please be safe – and if you're traveling, don't put this post into practice by getting snagged for a DUI. 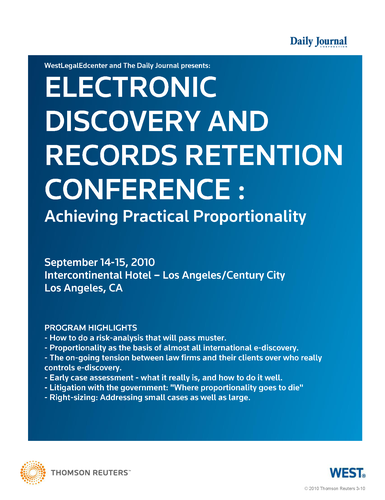 Just a heads up – yours truly is a panelist this year.  Click on the image for a three-page brochure and stay tuned for additional details.  Some of you may also know of this conference as Legalworks.

Although I didn't get to spend as much time at LegalTech this year as I would have liked, I wanted to give you a brief overview of my impressions.  I spent approximately five hours there Thursday afternoon, and that leads me to some advice I'd like to give.  This is the 2nd year in a row where I was only able to attend the final day and I can tell you that there is much more 'action' on the 1st day.  My mental note to myself – and to you – is, if you can only make a single day, make it day one.  Things really get quiet in the final afternoon and a lot of vendors start breaking down their booths early.

This spilled over into the educational tracks.  I poked my head into a couple of sessions and they were very sparsely attended.  I think a lot of attendees are planning their exit to LAX by that point.

A lot of the usual faces were there, but some weren't – a sign of the economic times. Every year, I make a point of visiting a lot of vendor booths to take their temperature about the current state of affairs.  Opinions were very mixed.  Some report that business is picking up, others not so much.

I also attended what turned out to be a surprising and very enjoyable lunchtime session titled, "Forensics: The Truth Behind the Fiction".  Ok, I admit I didn't research the conference guide too heavily, but this is LegalTech, so I assumed they were speaking about data forensics, especially since the moderator was Craig Ball (one of the top forensic technologists in the field).  Nope.  Three top-notch panelists (a UCLA Pathologist, a Kern County Criminalist and a Sacramento County Coroner) discussed "the C.S.I. effect", breaking down for us in great detail how all of the new forensic TV programs have influenced public perception about how evidence is collected and analyzed.

If your work brings you anywhere near juries, as mine does, this session was instrumental in helping someone like me have a better idea of how the general public thinks we do our jobs; which, I might add, is far removed from reality.

The final word:  I always get something beneficial out of the conference and this year was no exception.  The guide says next year's conference will be held June 15th & 16th, 2011.  Mark your calendars!

For most law candidates, the next administration of the bar exam is about a month from now.  Those of us who have already had the pleasure of preparing for the exam would probably say that tedium is one of the worst parts of it.  There's a lot of repetition involved.

I'm not without sympathy, so when I happened upon this bar prep board game, aptly named "Passing the Bar", I thought I'd pass it along.  It's a fun way to focus on MBE questions, especially if you already have a study group together.  I checked out some of the questions and they do pass muster, in my opinion.

Caveat:  For those who intend to turn this into a drinking game, you're on your own!