A cardinal rule, known to law students everywhere, was broken.  “When on a break from the bar exam, don’t discuss a specific part of it with anyone – and if you absolutely must, ask permission first!”  The reasoning behind this rule; to prevent students from freaking out because inevitably the other student will point out something they themselves missed, thus setting off a chain reaction of worry, panic and distraction.

There I was, on a break from the California Bar Exam, and another student really wanted to discuss the evidence question with me.  We had a pleasant conversation – as pleasant as it could be between two stressed-out bar candidates in the middle of a three-day exam.  We discussed the facts as they pertained to the question and the issue of whether each piece of evidence put before us was authentic.

All was going well until I pointed out the ones that were legit, but weren’t admissible in court.  The pallor of my counterpart changed noticeably.  That’s when he realized that he’d done a great job analyzing whether each piece of evidence was authentic, but forgot the next step – determining whether each was admissible.

Finding evidence is just the beginning.  If all of your dominoes don’t line up properly, it will never be admitted.  The technology gurus have a huge role to play and may not even be aware of it.

A few years ago, if you explained to the average person what electronic evidence – or e-evidence was, then asked them to give you an example, 99% of them would have given you the same answer – e-mail.  We’ve all read news stories about this individual or that one who was caught red-handed through his or her e-mail messages.

Later, another example started showing up more often – text messages.  Just ask the former Mayor of Detroit how that turned out for him… 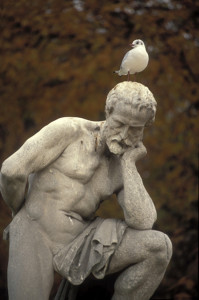 In law school and on the bar exam, the testers took pride in finding ways to slip a piece of written evidence right by a student by putting it into a form that he or she wouldn’t normally think of as “written”; engraving on a tombstone, label on a medicine bottle, a license plate.  We’re conditioned to think of written evidence as something more mainstream, like a letter, a book or a bill of receipt.

A lot of e-evidence is still written – but now it’s written to computer hard drives, DVDs and cellular phones.  Just like law school students, we have to broaden our thinking and remember that virtually any device that can save, store – or even process electronic information (e.g. RAM in printers/fax machines) may qualify. Then, we have to remember the really tough part – many of these devices are mobile.  They could be virtually anywhere in the world.

Let’s take a hypothetical look at Jane Doe.  She works for a multi-national corporation, “Multi-Corp”.  She has an office in Los Angeles and one in Tokyo, and an apartment in each city as well.  She has a desktop computer in each office, plus a laptop to use when she’s out in the field, at home or traveling.  She stores some of her work on the company file servers.  She’s taken to transferring work from her laptop to her home computers in both Tokyo and L.A. – because she likes them better (the boss doesn’t know).  It’s annoying for her to connect the machines directly, so she either hooks up wirelessly through her router or uses her thumb drive.  She has two cellular phones (one is personal) and a PDA.

Multi-Corp is sued by Uni-Corp, and the Plaintiffs subpoena Jane’s correspondences.  Am I the only one with a headache?  Probably not.

If I’m in the IT department at Multi-Corp, I have to think of every possible device – and the location of each – where relevant data may be stored (let’s hope Jane remembers to tell me about the thumb drive).  Then, once I do, I have to locate the data on the device itself.  What if I need to retrieve it from back-up media?  What happens if a device – and the data it contains – is owned/managed/outsourced to a third party (e.g. the file servers or the cellular phones)?  How do I get them to grant me access when they don’t want to be dragged into a lawsuit?  Do they have to do so?  I might have to ask the legal department.

If I’m in the Legal department at Multi-Corp – or in their outside counsel’s office – I’m depending on the expertise of my IT resources, but I’m also worried about issues that IT doesn’t normally think about; chain-of-custody being a prime example.  I’m looking for data that will exonerate the defendant and relevance is only one issue.  I’m also responsible for making sure it’s admissible and I don’t want it thrown out on a technicality.  How can I impress this and other concepts upon people who don’t work directly for me?

Meanwhile, both departments – and management – are thinking about the costs and whether the Plaintiff’s subpoena is too broad in its scope.

A lot of questions.  A lot of concerns.  I will endeavor to address all of them in tomorrow’s post.